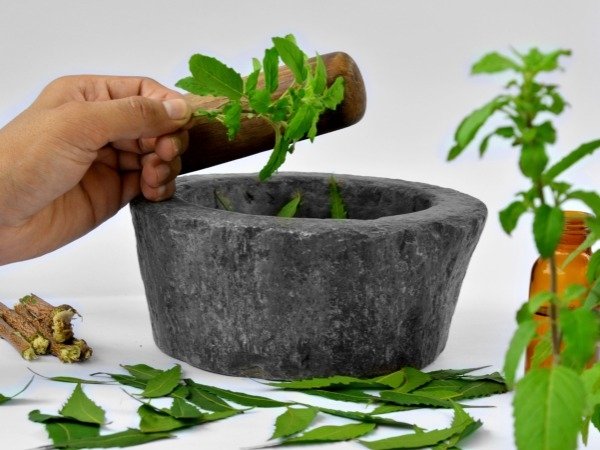 ABSTRACT Rasa Shastra is the pharmaceutical branch of Ayurveda which deals with the processing of metals and minerals having therapeutic importance. Rasoushadhies possess wide range of therapeutic efficacy and are considered superior because of their qualities like small dose, quick action, palatability and longer shelf life. Gandhakakalpa is a Rasoushadhi mentioned in Basavarajeeyam 18th chapter 20th sloka indicated for Sthoulya. Gandhaka (sulphur) and Madhukathaila are the main ingredients of Gandhakakalpa. Shodhana (purification), Murchchana, Mardana (trituration) are the important steps involved in preparation of Gandhakakalpa. Shuddha Gandhaka and Murchchita Madhukataila were taken. After obtaining homogenous mixture, it was made into 500mg tablets. The present study has been planned to standardize the method of preparation of Gandhakakalpa as explained in the classical literature.

INTRODUCTION The nature possesses immensely valuable and powerful medicines. However, most of the drugs as such are not absorbable into the biological system, until and unless they undergo certain modifications. Mineral materials as such are claimed to be toxic by Ayurvedic Rasa texts. Different manufacturing processes like Shodhana, Marana, Jarana, Mardana (trituration), Bhavana (soaking with liquid and triturating till drying), Nirvapana (heating and quenching), Prakshalana (washing), Bharjana (frying), Pruthakkikarana (separation), Galana (filtration) etc., are adopted for this processing. All these procedures play a significant and vital role in converting these metals and minerals into safe, non-toxic and efficacious form.

Gandhaka mentioned under Uparasa group possess various therapeutic properties. It is indicated in the management of several skin diseases and Madhukataila contains Daha and Pitta nashaka[1] properties and is indicated in Swasa, Kshaya, Raktapitta, Grahani.[2] Gandhakakalpa is one of the unique formulations mentioned in Basavarajeeyam 18th chapter 20th Sloka which contains Shuddha gandhaka and Murchchithamadhukataila. Flower, Seed and oil[3] are the parts used in Madhuka. Shodhana, Murchchana and Mardana are the pharmaceutical procedures involved in the preparation of Gandhakakalpa. In the present study, an effort has been made to highlight the significance of these pharmaceutical procedures and to standardize the method of preparation of Gandhakakalpa. Above formulation involves Shodhana of Gandhaka and Murcchana of Madhukataila. Murcchchita Madhukataila is grinded with Shuddha Gandhaka in appropriate amount as mentioned in the reference of drug.

Aim of the Present Study Pharmaceutical standardization of various steps involved in the preparation of Gandhakakalpa.

MATERIALS AND METHODS Collection of Raw Material Gandhaka and Madhukataila were collected from Vijayawada.

Total pharmaceutical study was carried out in four stages

Stage I Shodhana of Gandhaka

Procedure: Gandhakashodhana was done according to Rasendrasarasangraha[5] by Puta method, Ashuddha gandhaka is taken in a Khalwayantra and made into coarse powder. An earthen pot was filled with cow’s milk, and its opening was tied with a double layered cloth. Over this, coarse powder of Gandhaka was spread evenly on it, earthern lid was placed over the pot and sealed with Multanuimitti. Over the lid, eight cow dung cakes were ignited, melted Gandhaka in form of small pellets was collected in a pot having cow milk later subjected to washing by hot water. Purified Gandhaka obtained was 580gms.

v Foam was produced at the terminal stage of Madhukataila murchhana.

v Wick like structure was observed when Kalka is rolled in between the fingers.

Preparation of Gandhakakalpa Mardana Shuddha Gandhakachurna was grinded with sufficient quantity of Murchchitha madhukathaila and made into a paste. Vatinirmana Vati of 500mg was prepared manually.

DISCUSSION The pharmaceutical procedure involved in this study is Shodhana, Murchchana of Madhukataila. Shodhana is done for Gandhaka.

Gandhakashodhana Shodhana of Gandhaka is done to remove visible and invisible impurities, to reduce the toxicity and to enhance the therapeutic property. Gandhaka Shodhana includes melting and dropping of Gandhaka. Sulphur turns into liquid at 115.21°C. However, at that temperature, arsenic sulphides (Orpiment M.P 310°C, Realgar M.P 360°C) which are the chief impurities of sulphur stay back in cloth and liquid sulphur flows freely through fine pores.

Agni by cow dung cakes ensures uniform spreading of temperature and prevents sulphur to get in contact with external oxygen, which otherwise causes oxidation and considerable weight loss. Gandhaka is highly Pitta vardhaka. Milk is Vata Pitta shamakadravya, Vishahara (antitoxic) and Rasayana.[7] Therefore, it can reduce Teevrapitta vruddhikara effect of Gandhaka. It can remove Vishadoshas of Gandhaka and impregnate Rasayana property to Gandhaka. Final cleaning with hot water removes greasy remnants of milk.

Tailamurchchana was done as a special pharmaceutical procedure which removes bad odour and Amadosha from Taila.[8] Madhukataila is Vatashamaka.[9] A medicated oil preparation containing low molecular weight fatty acids are made more stable and quickly absorbable into the system. The ingredients like Manjista, will help to impart good colour to Taila. Specific aromatic odour of Murchchitha madhukataila is due to the Murchchana drugs like Musta, Ketaki, Hrivera etc. It imparts characteristic odour and Astringent taste is due to the dissolution of bio constituents to the oleaginous matter and removal of watery portion. Probable reasons for loss of Taila are evaporation during process and sticking of oil to the Kalkadravyas.

Four stages are involved during the Murcchana of Madhukataila They are:

 Initiation of boiling of Drava

 Stage of boiling of oil

The stage of initiation of boiling of Drava appears usually after half an hour. Initiation of vaporization with slight sound of boiling was present. Stage of mixing proceeds the boiling of Drava. At this stage complete mixing of Drava, Kalka and Sneha take place. The vaporization and sound of boiling becomes prominent. The stage of boiling starts with bigger bubbles at the center and finer bubbles in the periphery region. Mild appearance of foam was observed during the end of this stage. Completion of Paka is ascertained as Snehasiddilakshanas are observed. Performance of Paka Pariksha and observation of Sneha Siddilakshana are thus completed.

Preparation of Gandhakakalpa Shuddha Gandhaka is triturated with sufficient quantity of Murchchitha Madhukataila and 500mg of Vati were prepared. CONCLUSION Gandhakakalpa is one of the unique formulations in which Shuddha Gandhaka and Murcchchitha madhukataila are the main ingredients. The reference for the present study was taken from Basavarajeeyam Sthoulya Chikitsa. The pharmaceutical procedure involved in this study is Shodhana, Murchchana and Mardana. Pharmaceutical Standardization is the first step towards standardization of any formulation. So it should be done with utmost accuracy. This leads to reproducibility of drug and production of safe and efficacious drug. 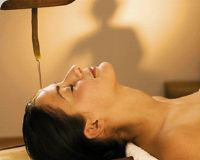